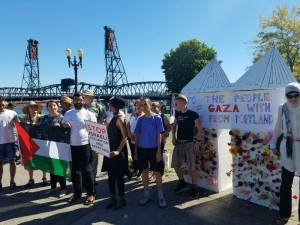 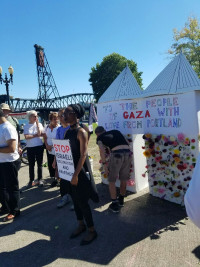 Two years ago, the Israeli army began one of its bloodiest attacks on Palestinians in Gaza.

That fighting went on for fifty-one days, lasting from July 8 through August 27.

Well over two thousand Gazans were killed, upwards of seventy percent of them civilians.

Several organizations including the group Jewish Voice for Peace held a demonstration yesterday to commemorate Gaza and protest the occupation.

KBOO was there, and brings us the voices of people speaking at the event.