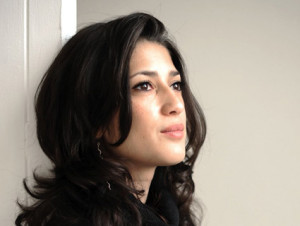 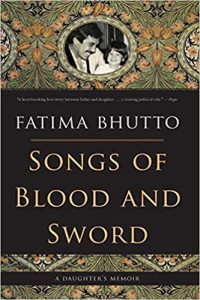 Fatima Bhutto on her life and the politics of Pakistan

Hosts Celeste Carey and Cecil Prescod interview author, journalist and poet Fatima Bhutto about her new memoir, "Songs of Blood and Sword: A Daughter's Memoir," just out from Nation Books.

Fatima Bhutto is an Afghan-born Pakistani poet and writer. She studied at Columbia University, and the School of Oriental and African Studies at the University of London. Her work has appeared in The Daily Beast, New Statesman, and other publications. She currently lives in Karachi.

Ms Bhutto is a member of the most famous family in Pakistan. At three years old she witnessed the aftermath of her uncle's death by poisoning. When she was fourteen she hid her brother while her father was gunned down in the street. And in 2007 her aunt Benazir, whom she had publicaly accused of ordering her faher's murder, was assassinated in Rawalpindi.

Her memoir tells the story of a family of rich feudal landlords—the proud descendants of a warrior caste—who became power brokers in the newly created state of Pakistan. It is an epic tale full of the romance and legend of feudal life, the glamor and license of the international political elite and ultimately, the tragedy of four generations of a family defined by a political idealism that would destroy them.

Update Required To play the media you will need to either update your browser to a recent version or update your Flash plugin.
Download audio file
Topic tags:
Global Affairs, War/Peace, Women, Poetry

This is the kind of programming that sets KBOO apart

<p>Thanks for bringing this compelling story to the airwaves. This is a story people would not hear were it not for KBOO. A true story that will help listeners understand the complexity of politics from a world far away, rather than the soundbites we hear on the news. Thank you.</p>