Portland Caves in to Zenith Energy 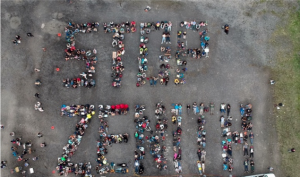 In late 2017 Zenith Energy stole into Portland in the dead of night and took over an abandoned petroleum facility, proceeding to turn it into the largest oil-by-rail facility in the Northwest. The community rose up in fury that a fossil fuel facility of this size could operate in Portland after the city passed an ordinance the year before banning any new fossil fuel storage infrastructure or expansions of existing facilities. Despite pledges to stop Zenith, the city seemed unable or unwilling to act in any forceful way, until last summer. In response to overwhelming public pressure from community members, a vast array of organizations and elected leaders from around the state, Portland City Council denied Zenith a land use compatibility statement they needed in order to get a clean air permit from DEQ and it looked like Zenith's expansion could be stopped. But on October 3, in a surprise move, the Bureau of Development Services, led by Commissioner Dan Ryan, granted Zenith the Land Use Compatibility Statement, allowing oil trains to continue to run through the Gorge and Portland neighborhoods for at least five more years.

On this episdoe of Locus Focus we talk with long time labor activist and current climate activist Margaret Butler about what is really going on here.

Margaret Butler is a former union organizer and worked with Jobs with Justice for 17 years. Since retiring she has been focusing on the climate emergency, working with Climate Jobs PDX and Extinction Rebellion Portland.  One of the Zenith 5, she helped build a garden on the tracks at Zenith Energy in April 2019. A Multnomah County jury voted to acquit the Zenith garden defendants based on the severity of the climate crisis.