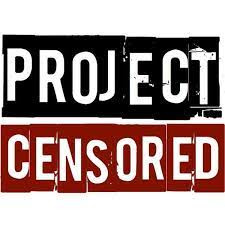 For this week's show, Mickey dedicates the hour to Banned Books Week 2022 (Sept. 18-24). Now in its 40th year, Banned Books Week is an annual event celebrating and promoting the freedom to read, and resisting efforts to ban certain books from library shelves, especially in school settings. Mickey's four guests bring a variety of perspectives to the program, but are united in their advocacy of the freedom to read.

Betsy Gomez is coordinator for the Banned Books Week Coalition (bannedbooksweek.org)
Cameron Samuels is a recent graduate of Seven Lakes High School (in the Katy Independent School District), near Houston, Texas. Cameron was named the Youth Honorary Chair of Banned Books Week (the first time that title has been awarded) for actively opposing book banning in the District as a student there.
Jordan Smith is an editor at the Comic Book Legal Defense Fund (cbldf.org)
Nico Perrino is Executive Vice-President at the Foundation for Individual Rights and Expression (thefire.org), formerly known as the Foundation for Individual Rights In Education.