Mark Follman | TRIGGER POINTS: Inside the Mission to Stop Mass Shootings in America 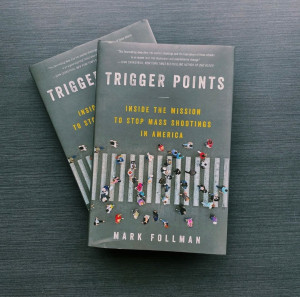 Acclaimed journalist, Mark Follman has been investigating gun violence and it’s impact on American society since 2012.

Follman’s new book, TRIGGER POINTS: Inside the Mission to Stop Mass Shootings in America, is the first-ever account going inside the world of behavioral threat assessment, a groundbreaking method for successfully preventing mass shootings.

– Dozens of mass shooting have been prevented

– The truth about media sensationalism and violent entertainment

– The recent growth and evolution of prevention work

The book is a myth-busting narrative that transcends deadlocked political debate and tells the story of a promising path forward.