Live in the Studio: Anandi and Jack Radsliff 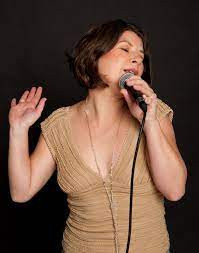 For Jazz Appreciation Month on Wednesday, April 20, Nick Gefroh’s “Jazz Lives!” and Rita Rega’s “The World of Jazz” will combine forces to present two sets of live music.  We’ll start at 12:30 with vocalist Anandi accompanied by internationally acclaimed guitarist John Stowell.  Anandi is a singer songwriter whose original songs have had more than 3 million hits on YouTube. At 2:30 we’ll hear from guitarist Jack Radsliff who is originally from San Francisco but grew up musically in Eugene at the University of Oregon. Now calling Portland his home, Jack is an in-demand sideman and currently is an instructor at the Alan Jones Academy of Music. Jack is getting ready to release his second album of original music later this year. We’ll also have the owner of The 1905 club in Portland, Aaron Barnes in the studio chatting about what it’s like to run a jazz club.

Update Required To play the media you will need to either update your browser to a recent version or update your Flash plugin.
Genre(s):
Jazz