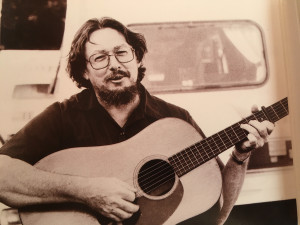 Join us on the Cascadia Coffeehouse this Friday morning as we celebrate the recent 84th birthday of flat-picking guitar legend Norman Blake, and listen to songs from a brand new tribute album to his music from Nashville-based guitarist Bob Minner called "From Sulphur Springs to Rising Fawn: The Songs of Norman Blake."  It's a stellar collection with contributions from all-stars such as Ron Block (from Alison Krauss & Union Station), Chris Eldridge (Punch Brothers), Vince Gill, Dale Ann Bradley, Tim Stafford, Trey Hensley, and others. We'll also hear new music from Eastern Kentucky's Ian Noe, Corey Harris, and the trio Harley Kimbro Lewis, and preview the upcoming Portland concerts of Sarah Jarosz, Jake Blount, and Keb' Mo'.  Tune in to KBOO each weekday morning from 5:30am to 7am to hear a wide variety of traditional and contemporary folk and roots music.  Thanks so much for your support of KBOO!

Update Required To play the media you will need to either update your browser to a recent version or update your Flash plugin.
Topic tags:
Music
Genre(s):
Folk, Bluegrass, Country, Blues