A Matter Of Public Records / Episode #21 - The Church 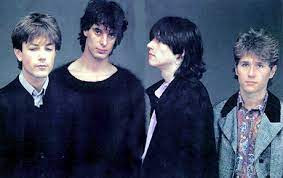 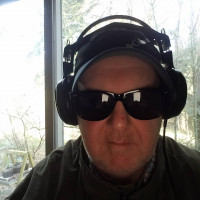 Hello. Well, I would like to think that my radio show is known for being somewhat eclectic, but let's take a moment to deviate from that...

On this morning's show I have opted to focus on one band in particular, The Church.

The Church formed in 1980, and remain active today. As I write this they are planning a tour of the United States of America later this year. During their career they have released 25 albums, along with a number of singles & EP's, and are well known as a stunning live band.

The reason I decided to focus on The Church this morning is that a few weeks ago I was thinking about which bands might be my favorite bands, which bands I might mention, should someone ask me that question.  I realized my knee jerk reaction would be to say "Television" or "The Fall" or "Echo & Th Bunnymen". But upon deeper reflection, I thought that maybe my favorite band should be decided by the number of albums I have by a particular band. And, I have most, if not all of the albums realeased by The Church. I listen to them often, either on purpose or because thye come up when my Ipod plays them when in shuffle mode.

There is a subtle nature to the band, which I very much enjoy. They are melodic, with surreal poetic lyrics. They are properly psychedelic. I find their music has become  embedded in my consciousness. Over the years, they have snuck up on me, and become one of my most favorite bands.

I hope you enjoy this morning's show, as i play a few of my favorite songs by The Church.

Update Required To play the media you will need to either update your browser to a recent version or update your Flash plugin.
Topic tags:
Music
Genre(s):
80's, New Wave, Rock and Roll