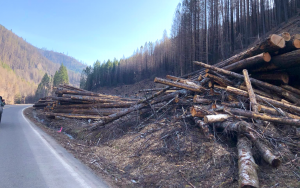 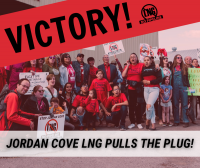 After the 2020 Labor Day wildfires, the Willamette National Forest planned a massive logging project along 400 miles of forest roads and several thousand acres under a loophole called a categorical exclusion. If allowed to proceed, the agency would have moved forward with large-scale logging operations without considering environmental impacts and without considering public feedback and involvement. But in early November Federal District Judge Michael McShane stepped in and granted a preliminary injunction. This means that the Forest Service will be precluded from commencing logging until the court has heard and decided on the case, likely in early 2022.

On this episode of Locus Focus we talk again with Rebecca White, Wildlands Director for Cascadia Wildlands, about the significance of this ruling and how likely it is that this massive clearcutting will be stopped.

As we were producing this week's episode there was breaking news, which we have included in a special segment at the end of this show. On December 1, after 17 years of community organizing, the Jordan Cove LNG Export Terminal and Fracked Gas Pipeline Project was pronounced officially dead. Pembina, the latest company to sponsor this project, announced that it decided not to move forward with the project and asked the Federal Energy Regulatory Commission to cancel its permit. For the last portion of this show we talk with Allie Rosenbluth, campaigns director with Rogue Climate in Phoenix, Oregon, about what this amazing news means to the folks who have devoted most of their lives for the past 5 - 17 year working to stop the project from being built.

Update Required To play the media you will need to either update your browser to a recent version or update your Flash plugin.
Download audio file
Topic tags:
Activism, Community Building, Energy/Natural Resources, Environment/Climate, Government/Politics, Indigenous