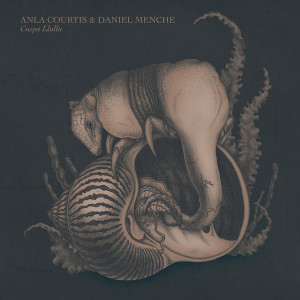 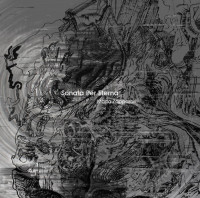 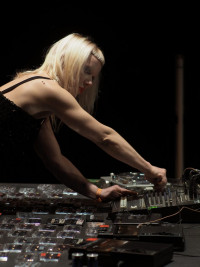 The Ambient Soundscapes of Daniel Menche and Marta Zapparoli

This week on A Different Nature, the ambient soundscapes of Portland artist Daniel Menche and Italian musician Marta Zapparoli.

His music has a range minimalist quiet to densely loud. The sound sources of his music are wide ranging and diverse. They include manipulation of acoustic and electronic instruments, field recordings such as storms and nature sounds, feedback noise, electric Rhodes pianos, pipe organs, brass horns, granular synthesis, effects pedals, vocal choirs, prepared guitar and cellos. The core instrumentation is and continues to be far ranging. Recordings are created with analog and digital technology.

[www.martazapparoli.klingt.org] Marta Zapparoli is an Italian experimental sound artist, improviser, performer, self-taught researcher. She studied soprano saxophone at the early age of fifteen in a music school. Later during her studies in Fine Art at the Art Academy in Bologna (Italy), she was also very much active in experimental theater, dance, performance, installations, and radio broadcasting. She is active in sound art since 2003 and her work has been shown worldwide. From 2007 She lives and works in Berlin.

Besides her solo project, from 2010 she is a fixed member of the 24 pieces (Splitter Orchester) and she has several ongoing collaborative projects with regarded sound artists, musicians, singers, multimedia artists, video artists.
Her project and research have been focused since the beginning on the exploration, and recordings of acoustic ecology, noise pollution, vibrational sound, underwater sound, machinery, and EMF in urban/rural/wilderness and industrial/post-industrial, abandoned spaces, using a variety of microphones, sensors, ultrasonic, some of them self-built.

Zapporoli appeared on my regular program Radio Lost & Found in 2016, joined by turntable artist Jackie Stewart (Smegma, etc.) as they were appearing in town at the Disjecta the following weekend. You can hear their entire live performance here.

Update Required To play the media you will need to either update your browser to a recent version or update your Flash plugin.
Topic tags:
Music
Genre(s):
Eclectic, Electronic, Environment/Sound Art, Experimental, Live Performance