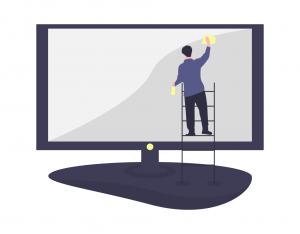 On this episode of the Gap, Tammy and Althea start by discussing local news items from the past week. First, the Portland City Council consider renewing their contract with Clean and Safe, with strong opposition for community groups and ratepayers in the district served by Clean and Safe. Then, Clackamas County Commissioner Mark Shull compared COVID restrictions to the Holocaust, and was condemned by his fellow commissioners. Here's a random fact, the Recall Mark Shull campaign is collecting signature pledges! Isn't that fascinating? Last in the local news roundup is the Nabisco workers winning an improved contract. Portland strikers wanted more, but other factory workers around the country voted in favor of a compromise.

Then, we talk about everything that's happening in the Newberg School District. Students had the opportunity to speak out against the unconstitutional ban on Black Lives Matter and Pride flags. This was after a week that saw a special education assistant in the district wearing blackface as Rosa Parks to protest a vaccine mandate and a student facing discipline for running a racist Snapchat group. We talk with our listeners about what they think about the ban and the debate over it.

WWeek - A Controversial Private Cleaning and Security Nonprofit Is Supposed to Make Downtown Sparkle. But Where Is the Money Really Going?