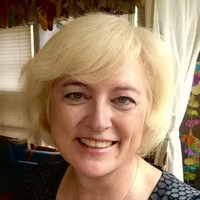 Please join us for Transpositive on KBOO Community Radio on Tuesday, September 7th as we talk with Hilary Howes and Sheila Mengert about being transgender and Catholic.  According to Wikipedia Catholics account for about 1.3 billion of the world's population which represents a large number of transgender people.  Overwhelmingly transgender folks flee the catholic church because of how they view the teaching of the church on  LGBTQ issues.  Hilary Howes is admin of transcatholic.org and member of a tradition within the Catholic church that accepts and celebrates transgender people as created in the image of god.  Sheila Mengert is a lifelong catholic and author of Transexualism and It's Discontents.  We will have a discussion with Sheila and Hilary about their own unique interpretations of their faith tradition and its intersection with their transgender identity.

Transpositive is a biweekly program in Portland exploring themes important to those who identify as Transgender, Gender Non-Binary, and Gender Non-Conforming. Transpositive tries to connect listeners with the ongoing activist, arts, culture, and dialogue happening in Portland and beyond. Make your voice heard! Transpositive PDX is open to new and experienced programmers, guests, and events you want our community to know about. We are an open collective. Anyone who identifies as trans, gender non-binary, gender fluid is welcome to be part of our collective after completing some basic free radio training. For more information contact Emma at transpositivepdx@gmail.com

TransCatholic: A Roman Catholic apostolate to support the dignity and inclusion of transgender laity.
http://www.transcatholic.org/

Update Required To play the media you will need to either update your browser to a recent version or update your Flash plugin.
Download audio file
Topic tags:
Gender, Faith/Religion/Spirituality, LGBTQ