The Gap: Media Misconceptions on Afghanistan and Changing Workplace Expectations in the Great Resignation 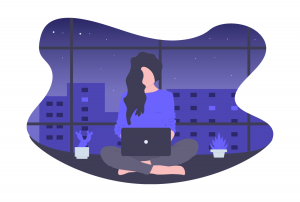 On this episode of the Gap, Tammy and Althea interview Mike Duerr, a retired U.S. Army Officer who now works for the State Department. Mike was deployed in both Iraq and Afghanistan during the course of the U.S./NATO occupation and has insight into what Western media often mistakes about the occupation and pull out. Words often used to describe Afghanistan, its government and the Taliban fall short of reality, and Mike sets us straight on what all the shades of gray really mean. To quote a regional saying, "The U.S. might own the watches but the Taliban has the time." See below for some highlights.

Then, we discuss what has been dramatically termed, "The Great Resignation." Folks are leaving their jobs, and there are more jobs hiring than people looking for work. Younger workers report greater dissatisfaction with their jobs, looking for flexible schedules, benefits and fair compensation. As one of our callers says, "It's about damn time."

The Taliban is more of a brand or franchise, than one monolithic political entity

The idea of the nation-state doesn't fit especially well in Afghanistan, which is home to 14 ethnic groups, dozens of tribes and even more clans therein.

There's a significant urban-rural divide, most people outside the main 3 urban centers haven't seen significant change in their lives over the past 20 years.