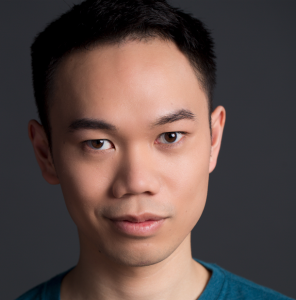 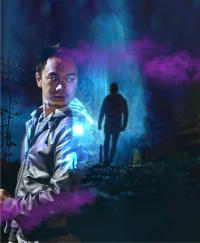 Plus New Beginnings For Stage & Studio

Dmae welcomes longtime friend and theatre collaborator Samson Syharath, Laotian-American theatre artist, for her final new show on KBOO radio.  They met when Samson came on the show as a guest for Shaking The Tree Theatre in 2013.

Since then they started working on Theatre Diaspora, Oregon's first and only Asian American/Pacific Islander theatre company. Samson is now the artistic director of the 501 (c) 3 and is an active champion of Equity, Diversity and Inclusion issues in Portland performing arts.  He'll talk about his experiences  going to Laos to create a solo show and his work as a chair of EDI committee in the Portland Area Theatre Alliance as well as the the Accountability Collective which he helped to found this last year.

Samson Syharath is an actor, director, writer, and educator. After receiving a B.A. from the University of Arkansas – Fort Smith, Samson trained at the Portland Actors Conservatory. He was part of the Theatre Communications Group's Rising Leaders of Color Cohort in 2017 featured by American Theatre Magazine and was the recipient of the Portland Civic Theatre Guild’s Leslie O. Fulton Fellowship that same year. He is the Chair of the EDI Committee of the Portland Area Theatre Alliance (PATA) Board, Associate Producer of MediaRites, Managing Artistic Director of Theatre Diaspora and part of the PDX Accountability Collective. www.gettinglaod.com and TheatreDiaspora.org.

Stay tuned for the ending of the show when Dmae looks back on her time doing interviews in the KBOO radio studio. She'll play her most memorable clip  of LIVE radio with George Takei and Nichelle Nichols of Star Trek fame.

After 23 years as a labor of love on KBOO radio which has provided a welcoming home for arts coverage, Stage and Studio is joining forces with the stellar ArtsWatch team. This is an opportunity  for collaboration and to broaden the podcast audience.

Through the last 23 years, Roberts has interviewed more than 1,000 people on Stage & Studio. As a writer, media and theatre artist, she brings her multi-disciplinary expertise and experience into the studio to ask in-depth questions about the artistic process and more personal inquiry into the artists she interviews. OAW will not only host the podcast, but Dmae will provide opportunities for feature articles as part of the podcasts.

Read more about it: https://www.orartswatch.org/artswatch-welcomes-dmae-roberts

Update Required To play the media you will need to either update your browser to a recent version or update your Flash plugin.
Download audio file
Topic tags:
Arts/Culture, Asian Pacific American, LGBTQ
Genre(s):
Arts and Culture