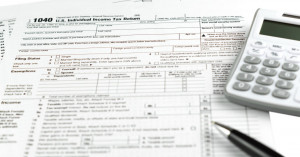 In December, the U.S. Congress voted to extend the CARES Act. Besides supporting local governments, providing relief for small businesses, and distributing stimulus checks, the CARES Act carries three federal tax cuts for the nation's highest earners. Some in the state legislature are concerned about what those tax cuts would mean for Oregon's revenue, and want to disconnect Oregon's tax code from these three tax cuts.

The effort is being spearheaded by Oregon State Senator Jeff Golden. He spoke with KBOO's Ethan Sandweiss about how the federal stimulus has failed small businesses, and why these tax cuts are wrong for Oregon.

Update Required To play the media you will need to either update your browser to a recent version or update your Flash plugin.
Download audio file
Topic tags:
COVID19, Economy, Government/Politics