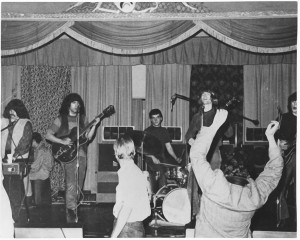 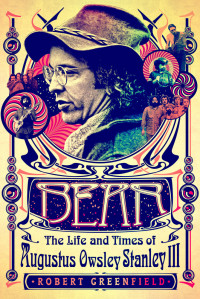 Music from shows in the first few months of the Grateful Dead.

Honestly, I didn't set out to do two shows featuring music from 1966 in this 50th anniversary year, but here comes the second one. Interestingly, I will only be playing music from concerts before the ones broadcast in my May 2016 show, mostly the wonderful 5/19/66 Avalon Ballroom show.

The reason for this is really today's interview with Robert Greenfield, author of the new biography of Owsley Stanley a.k.a. Bear. Reading about Bear's immediate attraction to the band, I decided that it only seemed fitting that we should all be listening to that same music.

“[Augustus Owsley Stanley III] was Walter White without all the moral conflict or drama, a trailblazing alchemist who mass-produced LSD and made millions before anyone thought to make it illegal. Bear remains interesting long after his era has passed… Essential for Deadheads but also an engaging cultural portrait for anyone interested in the era.”—Kirkus Reviews

"Owsley “Bear” Stanley was an authentic shaman-alchemist whose production of millions of doses of LSD transformed a tiny San Francisco neighborhood into ground zero for a planet-wide challenge to conventional notions of reality. That he was also ornery, obsessive, and at times just plain odd was merely part of the package. Bear illuminates a fascinating story with insight and panache, and it’s essential -- no Owsley, no sixties as we know them; it’s that simple".—Dennis McNally, author of A Long Strange Trip and On Highway 61