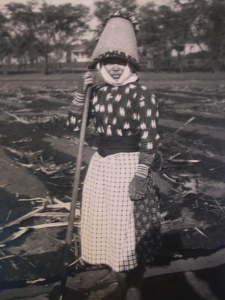 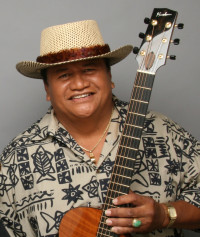 A history of Hawaii's labor & resistance from the "Crossing East" radio series.

Stage & Studio presents a special documentary from the "Crossing East" Asian Pacific American history series, winner of the 2006 Peabody award. This is excerpted from the "Raising Cane" segment by Robynn Takayama and Dmae Roberts with help from Jenny Dunn. For more info on the series visit: http://crossingeast.org

PART ONE: "Hard Labor" Narrated by Dann Seki
First they used Hawaiian labor on the plantations.  But it was Hawaiian tradition to work only to meet immediate needs.  So there was no year-round workforce.  By 1850, the sugar industry exploded.  Plantations needed cheap labor.  Fast.  The first workers came from China.  Then Japan, Korea, the Philippines…  The laborers had hopes of making money quickly and returning home. Raising Cane was backbreaking work and the pay was meager.  Men who came to Hawaii had big dreams.   They thought they would strike it rich.   But the reality of plantation life was so different from what they were told by recruiters.

PART TWO: "Picture Brides" Narrated by Chisao Hata
In 1900, the plantations were bachelor societies.  Some men married native Hawaiian women.  Wealthier men returned home to find brides.  A 1907 law, The Gentleman’s Agreement, allowed only family members to immigrate.  So many Japanese, Okinawan, and Korean men asked their families to help arrange a marriage across the ocean.

PART THREE: "Resistance" Narrated by Dann Seki
In the 20th century, workers began to demand higher wages. Though vulnerable to exploitation, workers slowly gained strength through both individual and collective action.  Organized protests began along ethnic lines in the early 1900s.  Plantation owners exploited racial differences. They pitted workers against each other. Workers needed higher wages to support their families and a new strategy to beat the plantation system. In 1946, they organized the first multi-ethnic strike led by the International Longshoremen’s and Warehousemen’s Union. The “Great Sugar Strike,” transformed Hawaii’s plantation society. With a union victory, Hawaii’s sugar workers became the highest paid agricultural workers in the world. But the building blocks of this movement began many years earlier.

You can hear Stage & Studio on:

Update Required To play the media you will need to either update your browser to a recent version or update your Flash plugin.
Topic tags:
Asian Pacific American, History, Labor
Genre(s):
Arts and Culture