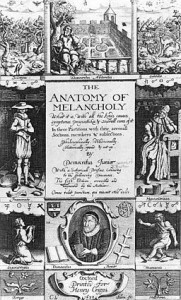 Scroll down for audio & text

I’ve been thinking lately of our current era as the not-so-great depression.  The one back in the 1930s?  That was Great. That was a Great Depression. And there were great protests, like the tens of thousands in the bonus army who marched to Washington DC.  Yeah, they were attacked by the US Army.  With tanks. But still. They got their bonuses, ahead of schedule.  And there were great organizations rallying workers, like the CPUSA.  Admittedly, a little top-down.  But, they pushed us all to the left and got a lot done.  And there were great programs, like the New Deal.  Yeah, it left some people out.  But it built useful infrastructure and put up beautiful buildings and recorded important oral histories and created wonderful art.  Also, back then, we had a planet with a stable climate.  That was really nice to have.  So, on the whole, that was a Great Depression.  This one, not so much.

The 2019 World Happiness Report is out, and Finland retains the top spot, while the USA continues its slide downward.  We are the unhappiest we’ve ever been.

Now, there are obviously some problems with the whole notion of measuring happiness, not to mention ranking nations by degrees of happiness.

But I think it’s probably fair to say that we are increasingly unhappy.  The Centers for Disease Control reports that since the turn of the millennium, the suicide rate has increased by 33% in the USA.

Fortune magazine’s article on the World Happiness Report expresses some surprise at the declining happiness of the US, where, they say, “prosperity is on the rise.”

But contrary to Fortune’s assertions about rising prosperity, the UN Special Rapporteur’s report on poverty in America offered a scathing portrait not only of its extent and pervasiveness, but also on its related violations of civil and human rights, criminalization and demonization of the poor, and the government’s refusal “to recognize economic and social rights agreed by most other states” or to adequately provide the “indispensable ... policies” for eliminating poverty: “ democratic decision-making, full employment policies, social protection for the vulnerable, a fair and effective justice system, gender and racial equality and respect for human dignity, responsible fiscal policies, and environmental justice.”   That is, US exceptionalism means we are standouts not only in unhappiness but also in infant mortality, ill health, incarceration, inequality, and several other less-than-desirable social indicators.

But Finland aside, the rest of the world isn’t all that happy, either.   According to the World Health Organization, depression is the single largest contributor to disability worldwide, and in the last 45 years suicide rates have increased by 60% worldwide.  That period lines up, perhaps not so surprisingly, with the development of neoliberalism.   (I’ll come back to that point).

Now, some people question whether all this unhappiness, all this emotional distress, is properly described with clinical terms like “depression.”

Samah Jabr, Palestine’s head of mental health services, suggests the high rates of depression and PTSD found in surveys done there fail to distinguish between, on the one hand, clinical depression and, on the other, normal reaction to a pathogenic context.  Similarly, Black Lives Matter activist and writer Bobby London argues that she is depressed “because [she lives] in a white-supremacist, patriarchal, capitalist world.”  A study in The Lancet confirmed empirically that police killings of unarmed Black people harm the mental health of the victims’ entire communities.  Other trauma can have a ripple effect as well; two of the Parkland shooting survivors recently took their own lives.

Johann Hari raises related questions about diagnosis in his book Lost Connections by pointing to the “grief exception” in the diagnostic criteria for depression, according to which symptoms characteristic of depression did not point to a pathological condition if the patient had lost a loved one in the past year.   Why was bereavement the only form of such distress not pathologized?  Maybe people had other reasonable grounds for misery.

Certainly there are plenty of things to be unhappy about.  Aside from poverty, war, and racism, there’s workplace stress and economic precarity and social isolation and  climate change.   One might begin to wonder why anyone is not depressed.

As Ron Tweedy notes in Red Pepper magazine, in a helpful survey of the increasing attention to the social determinants of mental health, we are social beings, “our inner and outer worlds constantly and profoundly interact and shape each other.”  None of us is as separate as suggested by the enlightenment model of homo economicus,  the capitalist paradigm of the individual as “isolated, autonomous, disengaged, competitive, decontextualised.”

If the line between clinical depression and justified misery is understood as the same as the line between individual biochemistry and social malaise, then we need to rethink our definitions.

"It goes without saying that all mental illnesses are neurologically instantiated, but this says nothing about their causation. If it is true, for instance, that depression is constituted by low serotonin levels, what still needs to be explained is why particular individuals have low serotonin. This requires social and political explanation; and the task of repoliticizing mental illness is an urgent one if the left wants to challenge capitalist realism."

“Capitalist Realism” is of course Fisher’s term for that idea that there is no alternative, the ideological notion that thinking beyond capitalism is simply unrealistic.

Although capitalism promises happiness and its pursuit, what it actually delivers is quite different. As Tweedy notes, “many of the contemporary forms of illness and individual distress that we treat and engage with certainly seem to be correlated with and amplified by the processes and byproducts of capitalism.”

For one thing, capitalism creates poverty, of course, but also inequality. In The Spirit Level, Richard Wilkinson and Kate Pickett point out that the prevalence of mental illness is much higher in countries with higher inequality. Greater disparities in wealth and income are associated with increased status anxiety and stress at all levels  of the socioeconomic ladder.

As Gabor Mate notes,  “even the people who are not on the wrong end of economic inequality or systemic racism are still made ill just by how we live our lives. The stress that we live under, the competition, the aggressiveness, the uncertainty, the loss of control that we experience in our lives.”

Of course capitalism has been around for a few hundred years, but it has not only gone through cycles of boom and bust, but it has taken different forms in the course of its history.

In The Selfish Capitalist, psychologist Oliver James finds a correlation between the degree of a nation's embrace of neoliberal economic policies such as privatization and workforce flexibility, and the rates at which populations are suffering chronic problems like depression, anxiety, and attention-deficit disorder.  Hence, that correlation between the uptick in world suicide and the advent of neoliberalism.

Perhaps ironically, the practice of ranking that we see in the World Happiness report is arguably characteristic of neoliberalism.  Surveilling workers and assessing and ranking their performance is increasingly part of our experience.  Rate your uber driver, meet your quota, develop some metrics for accountability, promote your brand.  We live in a supposed meritocracy, in which there are winners and losers according to our deserts.

In his report on extreme poverty and human rights in the United States, Philip Alston observes, (quote)

I have been struck by the extent to which caricatured narratives about the purported innate differences between rich and poor have been sold to the electorate by some politicians and media, and have been allowed to define the debate.  The rich are [seen as]  industrious, entrepreneurial, patriotic, and the drivers of economic success.  The poor are [seen as ] wasters, losers, and scammers. . . . To complete the picture we are also told that the poor who want to make it in America can easily do so: they really can achieve the American dream if only they work hard enough.  The reality that I have seen, however, is very different. (endquote)

As Bobby London puts it (quote),

I find that people are quick to blame depression on the person who has it.

I’ve been told often, “well you just got to focus on the positive”. Like, oh wow, why haven’t I thought of that?  . . . . As if I have a cold and I just need to drink some lemon tea or something, not understanding that depression is . . . something that is structurally created. (endquote)

So take care of each other,  comrades.  Drink some tea together, even—knowing that it will not fix the problems.   If you’re suffering,  know that it’s  not your fault and you are worthy of care.  If your friend is suffering, you can offer your help and your presence. But please don’t tell them to cheer up.

Update Required To play the media you will need to either update your browser to a recent version or update your Flash plugin.
Download audio file
Topic tags:
Health, Disability, Community Building

The Sacred Circle "TEMENOS"
Rogue Scarab at the Renegade Burn

Swing 'n' Country
The Texas Troubadour and the 1980's

END_OF_DOCUMENT_TOKEN_TO_BE_REPLACED

Swing 'n' Country
The Texas Troubadour and the 1980's