Joseph Gallivan interviews Laura Mueller, the new curator of art at the Portland Japanese Garden. Mueller will talk about the exhibit Ice & Stone 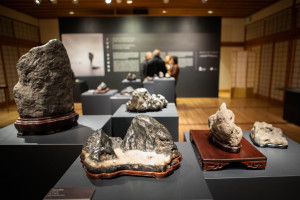 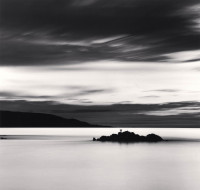 Joseph Gallivan interviews Laura Mueller, the new curator of art at the Portland Japanese Garden. Mueller will talk about the exhibit Ice & Stone

On Tuesday March 12, 2019 at 11 a.m. (NOTE EARLIER TIME) Joseph Gallivan interviews Laura Mueller, the new curator of art at the Portland Japanese Garden. Mueller will talk about the exhibit Ice & Stone which runs now through March 24, explaining the aesthetics of suiseki [PRONOUNCED: SOO-ee-SECK-y] viewing stones, how the Chinese philosopher’s stone concept took root in Japan, and the relationship with Michael Kenna’s photos of Japan. She will also preview the rest of year’s art shows at the Portland Japanese Garden.

FROM THE PRESS RELEASE

Suiseki (水石) is the Japanese art of stone appreciation. From ancient times, people in Japan have found beauty in rocks and cherished them for their unique patterning and power to evoke the grandeur of nature. Contemplating the subtle, graceful forms of nature’s artistry in stone is said to uplift the spirit and stimulate the mind.

Viewing stones are rocks found in nature – along a riverbank, in the desert, or beside a mountain trail.

Wind, water, and time have transformed these rocks into shapes resembling landscapes, distant mountains, animals, and other forms.

Centuries of blown sand may have etched the pattern of swaying grass into a stone’s surface, while a cluster of mineral deposits in another stone may reveal the petals of a chrysanthemum or a mist-shrouded moon. Resemblances are usually suggestive rather than literal, inviting the viewer to look beyond the surface for deeper meaning.

Viewing stones were introduced to Japan from China around 600 CE. During the Muromachi period (1338–1573), the influence of the tea ceremony and other arts associated with Zen Buddhism led to a preference for stones with subtle forms that were more metaphor than precise representation. By the late 19th century, the art had become more formalized with the development of classifications, most importantly Suiseki (scenic landscape forms and images reflecting the natural world).

Sub-classifications range from Taki-ishi (waterfall-shaped stones) and Kuzuya-ishi (hut-shaped stones) to Bi-seki (beautiful stones that may be polished). The 20th century saw the popularity of viewing stones expand into the international community. Today viewing stone appreciation is practiced by enthusiasts around the world. A key element in the art of viewing stones is the way the stones are displayed.

Each stone is positioned to be seen from its most compelling angle, typically mounted on a hand-carved wooden base, known as a daiza, or set in a sand-filled tray, a suiban.

As an element in a formal tokonoma display, viewing stones are paired with hanging scrolls, bonsai or miniature sculptures. The resulting pictorial composition expands their ability to conjure an array of human emotions and incorporate seasonal references.

For this exhibition, a selection of black and white landscapes of Hokkaido by photographer Michael Kenna are paired with complementing stones including some from Kamui Kotan, a site long held sacred by the Ainu people as the “Village of the Gods.”

This exhibition celebrates the beauty of stones with dozens of outstanding pieces from the American Viewing Stone Resource at the Huntington Library, Art Collections and Botanical Gardens in San Marino, California. Selected are prime examples of suiseki collected from important historical sites throughout Japan including Kyoto’s Kamogawa and the Ishikari River in Hokkaido.

Complementing them are viewing stones from California and the Pacific Northwest.

The similarities evidenced between many Japanese and American examples attest to their common birthplace deep below the ocean floor millions of years ago.

This exhibition on loan from the prestigious Huntington Library and Gardens features suiseki viewing stones from the collection of Jim Greaves (Curator of the American Viewing Stone Resource Center at the Huntington).

The exhibition is co-curated by Mr. Greaves and by Huntington Cultural Curator, Robert Hori.

The stones are paired with a selection of black and white photography of ruggedly poetic Hokkaido landscapes by Seattle photographer Michael Kenna, as Portland Japanese Garden celebrates 2019 as the Year of Hokkaido.