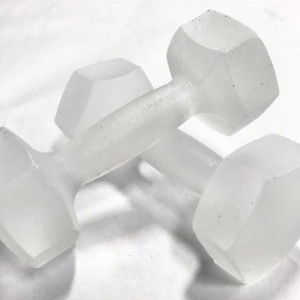 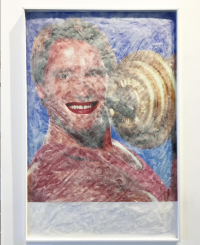 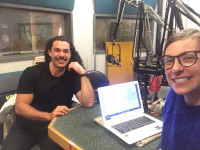 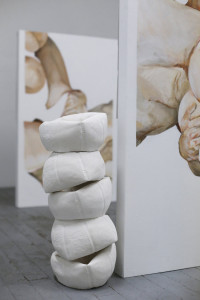 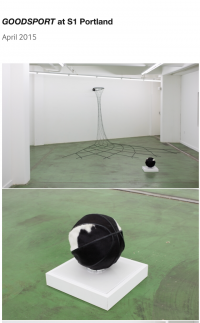 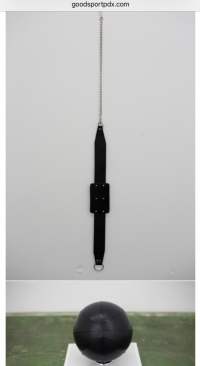 Nicolo Gentile is an artist living, working, and working out in Portland, Ore. He has been the Artistic Director of GoodSport since May 2014. As a queer athlete, his practice investigates identity and gender construction in relation to the idealized human form, sport, bodybuilding and his familial history. His work is both a material exploration of the world of athletics and a critical excavation of the queer lineage in the Western canon starting specifically with the works of the Classical and Hellenistic Era. These movements established a strict and long-lasting aesthetic code against which all else is measured, and they represent a time in which Aesthetics, Erotics, and Athletics (which Nicolo calls the “Triple Threat”) were equally represented in the totemic works of the time. His work proposes a contraposition which proposes a multifaceted and more varied narrative that resembles the nuanced relationship between our bodies and the expectations and corporations of health, wellness, and gender that influence and govern them today.

Gentile received his undergraduate degree in General Fine Arts from the Pacific Northwest College of Art and studied abroad in the Spatial Studies program at the Victorian College of Art. His work has been exhibited nationally and internationally in Portland, Los Angeles, Paris, and Melbourne. He was a resident artist at the Leland Ironworks Residency and the Break Art Mix, and he has guest lectured at the Pacific Northwest College of Art and at Portland State University.

To next see Nicolo’s work in person visit the PLACE architecture firm galeria located at 735 NW 18th Ave, along with the Leland Iron Works 2018 Residents in their group show A/PART, on exhibition March 7 through March 21st.

A/PART speaks to the many ways this year’s artists examined and discovered their place; be it in time, within culture or in the space in which they find themselves. Each artist, in some aspect of their work, played with notions of being a part. Within a creative practice and particularly at LIW, it is often a solitary experience, understanding the directions we are pulled in, trusting the creative impulse no matter how strange it may seem. At the same time, bringing work into the world creates conditions for artists to discover the connections to our own stories, to each other and to the culture at large. Points of separation and connection, histories both personal and communal and attention to creating a space for connection to occur; these themes run throughout the work produced at Leland in 2018. Lee Kelly’s work, and his part in establishing the creative community in Portland is evidence of the power of time, stewardship and creativity to shape a cultural and physical landscape.

Located just east of Oregon City, Leland Iron Works is the home and studio of sculptor Lee Kelly and his family. Lee, who graduated from the Museum Art School in 1959 along with his wife Bonnie Bronson (’62) moved from North Portland to the rural property in 1963. They created a space close to nature that fostered the growth of their children and their art practices, and served as a sanctuary for their creative friends and colleagues. For over 50 years, Leland Iron Works has been home to artists, activists, musicians, writers, climbers, architects, poets, and dancers. The residency program at Leland Iron Works is a continuation of that legacy.