Tacoma on the Front Lines 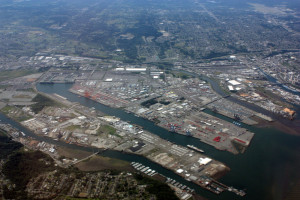 According to Sightline Institute Tacoma, Washington is the major frontline community in the fight to stop fossil fuel development in the Northwest. After vehemently rejecting a proposal to build the world's largest methanol refinery at the Port of Tacoma, citizens are now taking on a liquified natural gas (LNG) facility that Puget Sound Energy plans to build at the Port.

On this episode of Locus Focus we talk with Tarika Powell, a researcher at Sightline, who has been providing in-depth research and education that supports communitiy members working to redefine Tacoma.

Tarika Powell, is a researcher who anchors Sightline Institute’s work on fossil fuel infrastructure development. In particular, her detailed research on the safety and climate implications of fracked gas expansion projects provides critical information to activists and policymakers alike. Tarika is a popular speaker and presenter who connects the dots between energy policy and environmental justice.