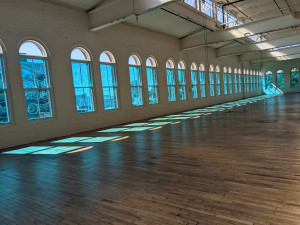 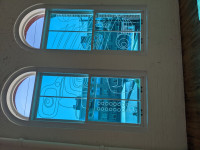 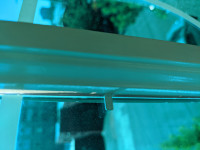 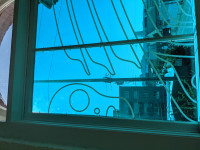 A Feast of Light and Shadows at Yale Union

On Tuesday July 20, 2021, at 11:30 a.m. Joseph Gallivan interviews Marianne Nicolson, an artist and member of the  Dzawada’enuxw (PRONOUNCED “ZOW-dayna”) First Nation of coastal British Columbia. Nicolson talks about her show A Feast of Light and Shadows which is on now at Yale Union until August 29, 2021. She discusses how this work relates to the extraction economy, climate change and Dzawada’enuxw ideas about place and language.

Nicolson explores the margins at which public access to First Nations artifacts clashes with the preservation of indigenous cultural knowledge.  Born in Comox, British Columbia, she was trained by a master carver in traditional Kwakwaka’wakw design in the early 1990s.

This show was edited by KBOO volunteer Veris Schmidt.

(Sorry about the sideways art. It's a KBOO CMS thing.)

A Feast of Light and Shadows

For the artist’s first solo exhibition in Portland, she creates a new site-specific installation that transforms Yale Union’s gallery space into a Feast of Light and Shadows.

Marianne Nicolson (b. 1969, British Columbia) is an artist-activist of the Musgamakw Dzawada’enuxw First Nations, part of the Kwakwaka’wakw (Kwak’wala speaking peoples) of the Pacific Northwest Coast. She holds a Bachelor of Fine Arts from Emily Carr University of Art and Design (Vancouver, BC), a Master of Fine Arts from the University of Victoria (BC), as well as a Master of Arts in Linguistics and Anthropology and a PhD in Linguistics and Anthropology with a focus on space as expressed in the Kwak’wala language. As a First Nations artist, Nicolson works to bring poetry and beauty to highlight some of the most troubling issues of our time around colonization, dispossession, land rights, and cultural genocide. Trained in both traditional Kwakwaka’wakw forms and contemporary gallery- and museum-based practice, Nicolson centers the preservation of Indigenous cultural knowledge but presented in contemporary media, inviting access to First Nations traditional craft and public discourse around the importance of Indigenous autonomy. Her artwork acknowledges the colonial dispossession of Indigenous peoples from their lands and traditions, while celebrating the re-emergence and empowerment of Indigenous voices.

We are grateful for financial support for this exhibition from the James F. and Marion L. Miller Foundation and the Regional Arts and Culture Council. The exhibition would not be possible without the donation of gallery space by the Native Arts and Cultures Foundation.

This show was recorded by Zoom videoconferencing software on July 16, 2021.