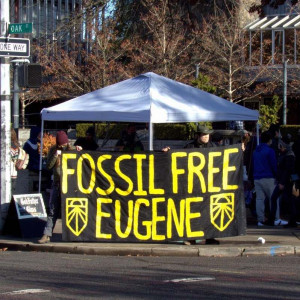 In 2014, the city of Eugene, Oregon passed a resolution with the primary goals of reducing fossil fuel consumption and lowering greenhouse gas emissions.

More than six years later, the city has been unable to meet those goals, and grassroots organizers in Eugene have come together as the Fossil Free Eugene coalition to urge the city to follow through and be a leader in divesting from fossil fuels.